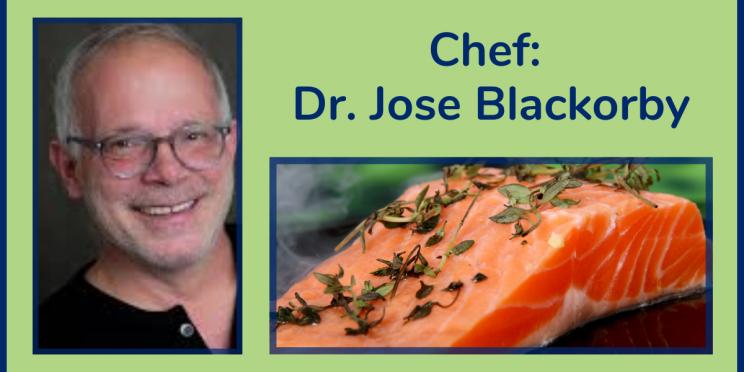 Redesigning a UDL Course–Nothin’ Fishy About It!

The CIDDL Cizzles Citadium brings Dr. Jose Blackorby, a lecturer at Harvard University and former Director of Research and Development of CAST, to discuss using UDL and technology in teacher preparation programs. Joined by Dr. Liz Hartmann, they discuss redesigning a UDL course as a completely online class model.

Dr. Blackorby and Dr. Hartmann described how they redesigned their course from the ground up, using theUDL framework to guide them, rather than retrofitting their existing course to fit the new online parameters. They wanted to ensure that they put the student needs and preferences at the forefront. To determine what these were, they created focus groups to hear about student and faculty experiences about what worked during previous semesters.

Students reported that they wanted simplicity: clear, succinct, and not weighted-down with tools. They wanted to form relationships with their peers. Other barriers for students included working on group projects with partners that lived in time zones across the globe. They also expressed that it was hard to focus on Zoom™ lectures that lasted more than 20 minutes and that they struggled to speak up using the online platform.

Faculty struggled with teaching all of the content they needed to get through as well. Thus, Dr. Blackorby and Dr. Hartmann realized they would need to cut their content by 20-25%, which meant they needed to determine what their main focus would be. They began their course by establishing group norms using Miro, an online collaboration space where people can interact. They wanted to make sure that they had a method to measure their goals and receive feedback from students.

They were able to do this weekly using a table created in Word™ (They couldn’t use Google™ because it isn’t available in some parts of the world). They made sure that they always responded to feedback and continued to intentionally work to create relationships not only with their students but provide opportunities for students to form bonds with their peers. They used other digital tools in their lessons, like Flipgrid, to create videos, and Slack, for communication. Dr. Blackorby shared it was also imperative for them to build in time for group projects, which they referred to as Huddle Time.

Perhaps their most amazing feat was redesigning their well-received escape room assignment for the digital world, which incorporates gamification, UDL, and technology. The activity, which encourages students to solve design challenges to earn the keys to UDL and save the world from the evil Axis of Exclusion. Their goal with this project, their debates about the pros and cons of UDL, and every other assignment they created were to have their students think critically about UDL and its implementation in curriculum, schools, and policy, as well as the role of technology.

The most challenging aspect of redesigning their course was the vulnerability it takes when rebuilding a course from the ground up. They also cautioned that doing this takes time. Their advice? Take risks! Speaking of risks, they both took a risk when they challenged each other to a salmon cook-off! Dr. Hartmann baked a soda bread with smoked salmon, and Dr. Blackorby made salmon sushi rolls. They related this to UDL because they were both able to play to their strengths and represent their salmon dish in their own ways!

Be sure to check out the full Cizzle with Dr. Blackorby. After you finish watching, you are invited to be a judge of the Cizzle by rating the chef in the areas of connection, preparation, and aesthetics using the CIDDL Cizzle Rating System at the bottom of the page. For other resources integrating technology and the UDL framework, be sure to stay up-to-date with the CIDDL website and follow us on Facebook, Instagram, and Twitter!

Equity, Diversity, and Access to Technology in the Age of Artificial Intelligence

The recent emergence of artificial intelligence (AI), such as ChatGPT, has caused an uproar in the academic community. Educators and leaders are debating the use of the tool as well as how it will change the way we educate. AI is becoming increasingly commonplace in our everyday lives, and its use is growing in many fields, from health care to education. With this growth, it is essential to consider how this technology could affect individuals of different backgrounds, abilities, and resources.
END_OF_DOCUMENT_TOKEN_TO_BE_REPLACED

Summarizing text with ChatGPT can be a quick and efficient way to condense long pieces of text into shorter, more manageable versions. Here are some steps you can take to summarize text using ChatGPT.
END_OF_DOCUMENT_TOKEN_TO_BE_REPLACED

Skip back to main navigation

You are now leaving the CIDDL website. The link you have clicked redirects to an external site.