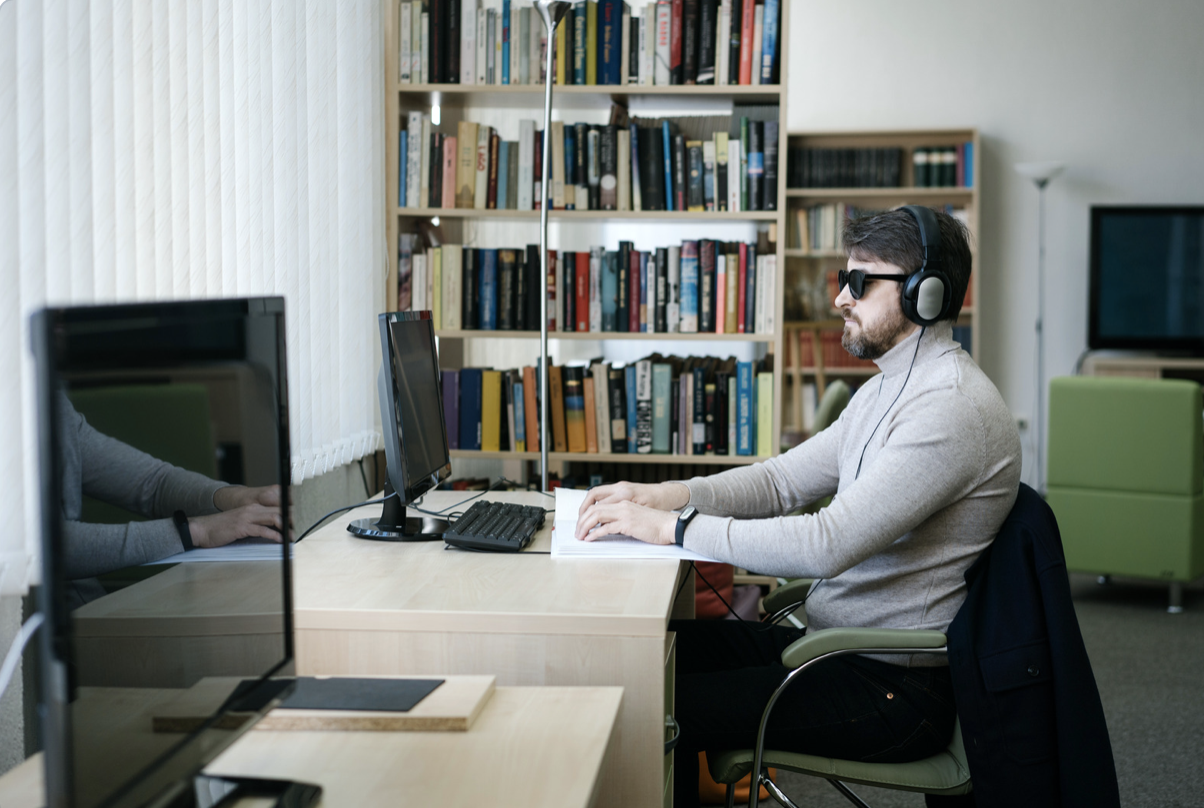 Dot the I’s and Every Other Letter: Technology to support Braille Learning

For over 150 years, a system of raised dots known as braille has been the fundamental system of written communication for the blind. Perkins School for the Blind reports that there exist braille codes for over 130 languages from around the world. Even beyond the classroom, braille is an indispensable tool in the daily lives of people who are blind or visually impaired. According to Tobin and Hill (2015), the ability to read a braille text allows individuals who are blind to explore a text in detail, use their imagination to create the voices of characters in their head, and engage in social activities like cards or games.

According to a recent article by Sheffield et al. (2022), research has been unclear regarding how many people in the United State learn braille or use it regularly. Yet research has consistently demonstrated that braille readers report higher levels of well being, are employed in full time work at significantly higher rates than non-braille readers, and earn higher wages than blind individuals who do not read braille.

Fortunately, advances in technology have the potential to make braille more readily available than ever before.

Advancements in technology have made it easier to produce braille on the go, and many organizations offer braille-ready books that can be downloaded and read at home or in school. The following is just a short list of some of the many technologies that can help put braille into the hands – pun intended – of blind and visually impaired students.

Refreshable braille displays: These devices connect to a computer, tablet, or mobile phone, and produce a line of braille formed from small pins that raise and lower. The line of braille text refreshes with text on the screen, allowing individuals who are blind or visually impaired to silently read along with the text on their device. Refreshable braille displays vary widely in the number of characters they display, with more expensive models offering multiple-line output.

Online catalogs of braille-ready books: Both the National Library Service for the Blind and Bookshare offer books in “braille ready formats.” These books can be downloaded and either embossed directly using a braille embosser or read on a refreshable braille display.

Braille-supported typing on Smartphones: One cool feature that many smartphone producers – including Apple and Android – have incorporated is the ability to use a virtual braille keyboard. When the braille keyboard is selected, a user can type on the face of the phone or tablet as though they were typing on the traditional six-key brailler, using the first three fingers of each hand. Text appears on the screen as though it were typed normally using the virtual qwerty keyboard.

What do Teachers Say?

In a 2018 study by Martiniello et al., researchers surveyed teachers of the visually impaired (TVI) regarding their feelings about using technology to teach braille. A large majority of TVI felt that technology has the potential to motivate students to learn braille, and many TVI also felt that the use of technology had the potential to improve learning outcomes for their clients.

Unfortunately, research on how technology can be incorporated into braille instruction is still limited. Hoskin and colleagues (2022) conducted a systematic review of the literature and found no consensus on the methods employed when conducting research, the literacy outcomes measured, or the strengths and weaknesses of the technologies reported.

Nevertheless, there is no doubt about the need to teach braille to students who are blind or visually impaired. Technology may be the key to improving access for students around the country. Have you had the opportunity to work with braille readers? How have you seen technology incorporated into braille instruction? Tell us about it on the CIDDL Community page.

Skip back to main navigation

You are now leaving the CIDDL website. The link you have clicked redirects to an external site.